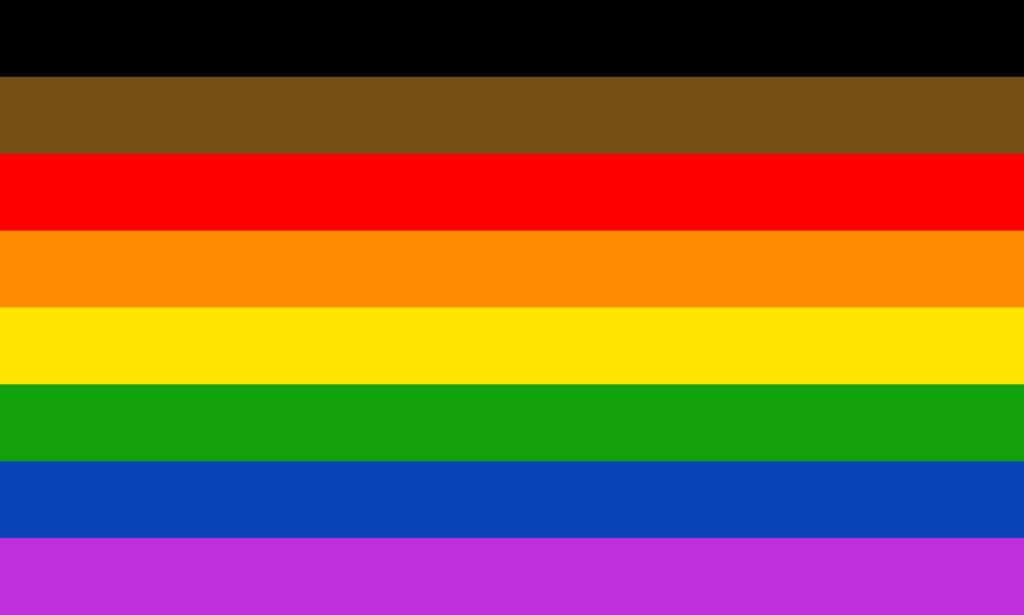 I feel uncertain about the added stripes to the Pride Flag. I completely understand the initial impulse in Philly—clearly the gay community has a huge problem with racism. On the other hand, POC are not the only marginalized group in the LGBT community. Trans women made up a significant proportion of the rioters during Stonewall, yet they were quickly erased from the mainstream narrative. Less than four years after Stonewall, Sylvia Rivera had to grab the mic at a rally to shout that they would not be erased.

An artist has tried to incorporate that history into a flag, but as the article says it’s a design disaster.

Moreover, this point about the history and connotations of rainbows feels important:

[Gilbert] Baker1 described the rainbow’s universal, all-embracing resonance best: “The rainbow came from earliest recorded history as a symbol of hope. In the Book of Genesis, it appeared as proof of a covenant between God and all living creatures. It was also found in Chinese, Egyptian and Native American history.”

It may not be possible, but I wish there were a way to reclaim the flag for all. The problem of racism is very real and needs to be acknowledged and made visible. Adding the stripes is one way to do it. But some of the clarity of symbolism is lost too.

On the other hand, the white gay cis men who are up in arms about the change are clearly racist. If anything, their pushback makes me think the clarity needs to be sacrificed. They are not facing the problem so maybe it needs to be blasted in their faces.